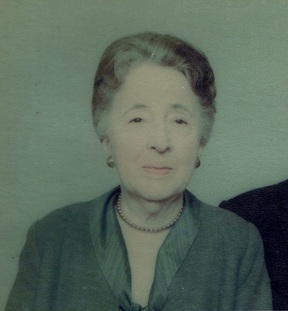 Mattie Lane Fambro was a life long member of the church.  She grew up as an active member. As a young mother, she was a Sunday school teacher and participated in the Woman’s Society of Christian Service,  the forerunner of the United Methodist Women.    She was married to Clifford Fambro, who was himself a member of an active Methodist family.  Mattie had two daughters - Martha and Jean.  She taught algebra in middle school for many years.  Mattie also was the leader of the Patience Hubbard Circle, which joined with the Mattie Fambro Circle in 2008.  She was also a teacher of the Gleaners Sunday school class.  The Mattie Fambro Circle meets locally for lunch on the second Monday of the month.